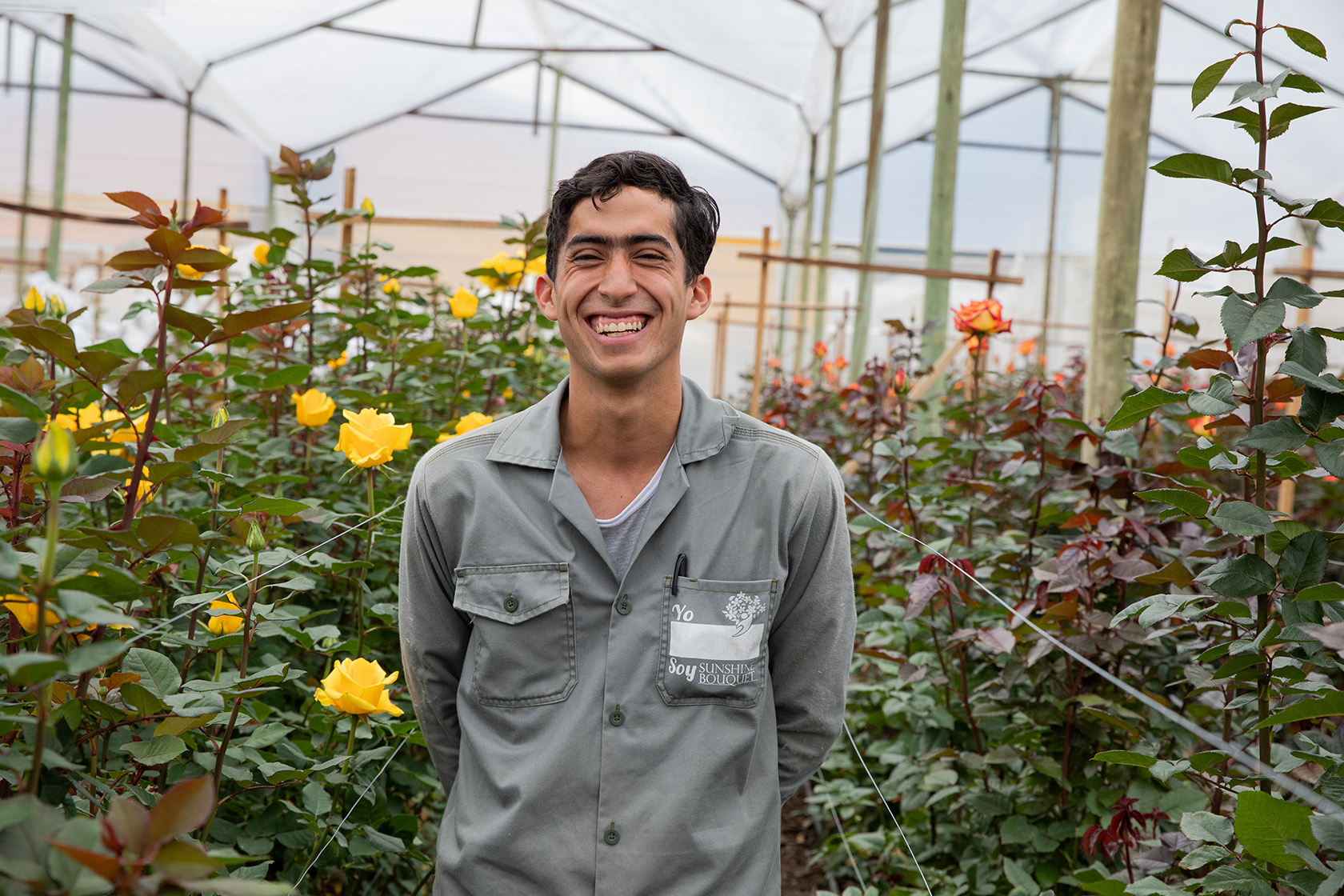 Finding Their Way At Sunshine Bouquet

Designated by the United Nations, June 20th is World Refugee Day, and it honors refugees around the globe and celebrates the strength and courage of people who have been forced to flee their home country to escape conflict or persecution.

More than 30 million people around the world have been forced to abandon their homes, leaving their friends, families, and jobs behind.  Seeking ways to successfully acclimate to unfamiliar surroundings, establishing legal employment is the best way for refugees to start establishing new roots, support their families, and better integrate into — and contribute to — their host communities.

In Colombia, Sunshine Bouquet has had the opportunity to support many refugees from Venezuela. Sunshine’s efforts employing Venezuelan refugees at our facilities in Bogota started in November 2017. Since then, about 1,600 Venezuelans have been hired for positions in our harvesting, quality control, and design construction teams. During this past April alone, Sunshine welcomed more than 750 refugees.  Similarly, over the past year, nearly 1,000 victims of Colombia’s own armed conflict have found a home at Sunshine.  While details are still confidential for security reasons, some were eager to share their stories. 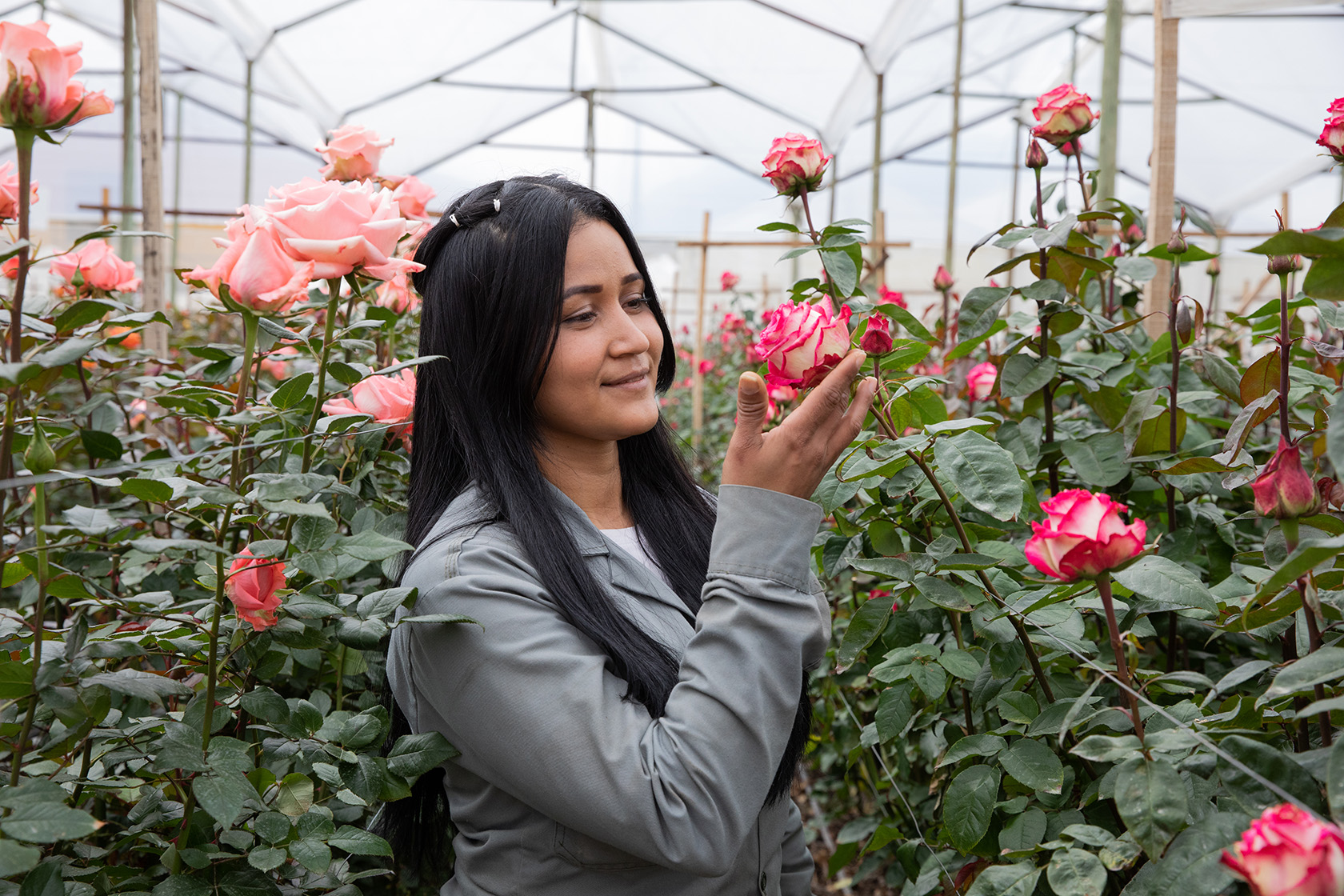 Dairiany B., a single mother of two girls, left her home, family and country. Living in Tabio, a municipality of Colombia, for approximately two years, she has worked for Sunshine for nearly a year. Her job is classifying flower varieties by size, shape and length. Always driven to improve her situation, Dairiany is grateful for the opportunity to learn new skill sets after being forced to abandon her business degree due to the crisis in Venezuela. For many years, she worked in business administration, but admits she loves her new life on the farms, which is notably different from the work she was used to. Always having a passion for plants and flowers, she shares the excitement for fully exploring the many different varieties in a professional and gainful setting. 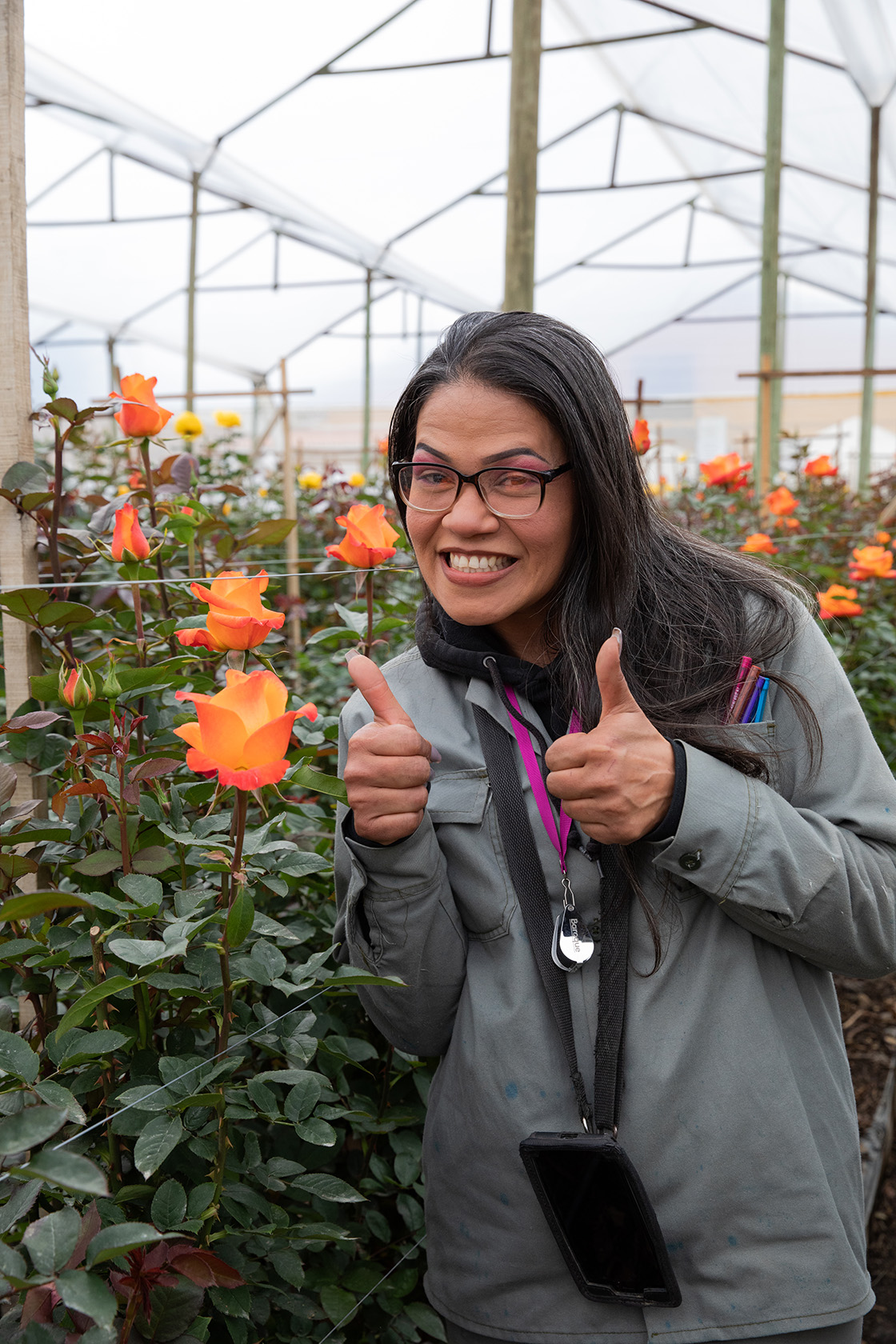 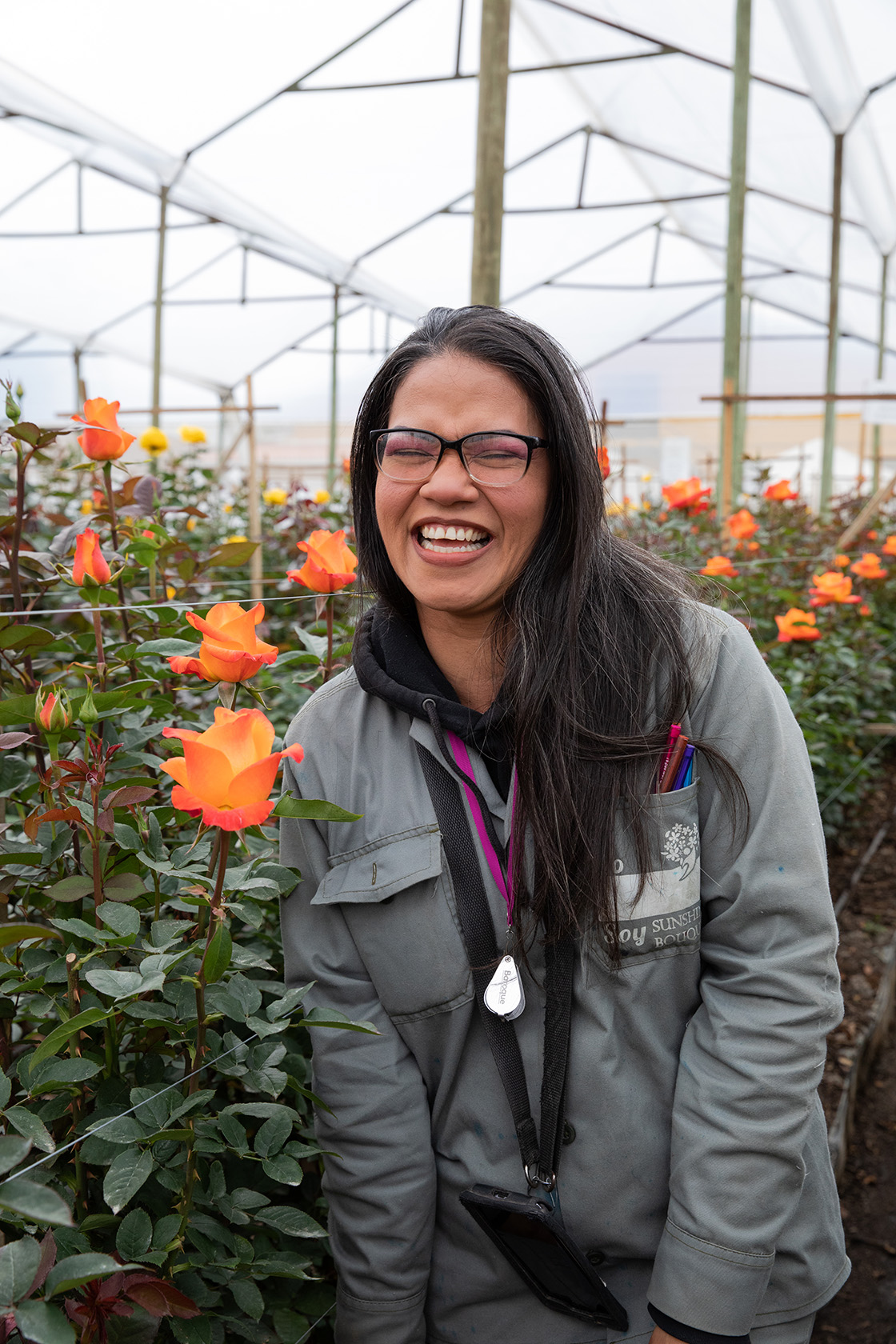 Carmen C. has been with Sunshine Bouquet for three months, starting off in harvesting and quickly working her way up to monitoring flower beds. This important task ensures the mitigation of diseases, the proper growth of stems, and overall productivity of the crop. Carmen has found purpose with her newfound position, something she was lacking in her time away from home, and she is quick to share that the constant learning continues to inspire her every day.

Gabriel D., 18, left his family and country nearly a year ago. The youngest of three siblings, he finds himself most affected by the disbursement of his family, leaving his parents in Venezuela, a sibling in Chile and another who he’d later join in Colombia. Gabriel originally planned to seek a profession in the food and beverage industry with an emphasis in gastronomy.  When that didn’t work out, he accepted a position working at Sunshine, where he became fascinated by the many steps involved in the process of growing flowers. Gabriel looks to continuing his learning as he finds meaning in this unexpected career move. “The most important thing for him,” he confides: “…is to always continue learning.”

Gainful employment is one of the most important steps to rebuilding lives for the 30 million people forced to flee their homes. As a proud member of the United Nations Global Compact, joining forces with organizations like The Tent Partnership for Refugees to generate jobs for refugees worldwide are only a few of the ways to better the quality of life for our communities. For us at Sunshine, hiring these bright and eager refugees is not only an investment in our company, but it’s a way to strengthen our committed family that find community and belonging in the fertile flower fields in the savanna of Bogotá.

More on People of Sunshine 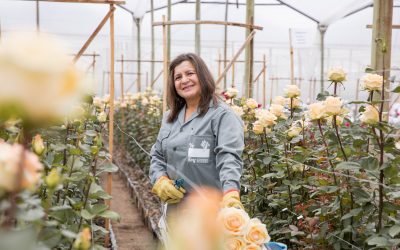 An Ode To Our Working Mothers

In honor of this Mother’s Day, we took a trip down to our flower farms in Bogota to get to know some of these devoted women and share their impactful stories.

END_OF_DOCUMENT_TOKEN_TO_BE_REPLACED 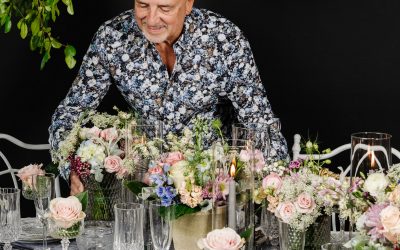 Get to know a little more about the people behind Sunshine Bouquet Company! Kicking off our People of Sunshine segment featuring one of our leading floral designers, Paul Miller.